The ‘Uncovering the Past’ archaeological project will investigate sites in Pembrokeshire and North Wexford by geophysical survey to reveal information about the early Celtic Church, Celtic Saints, their followers and subsequent pilgrimage that will uncover more information about historical links between the two regions thereby contributing to the cross-border story. Geophysics is a technique that takes readings of the surface of the earth and what is below it by generating an electronic signal recording the archaeology under the ground and mapping it.

The ecclesiastical landscapes of Pembrokeshire and Wexford capture in their churches, chapels and cemeteries the stories and associations with Saints David and Aidan – a reminder of the importance of the shared Atlantic sea-lanes that served to link the churches of Ireland and Wales. 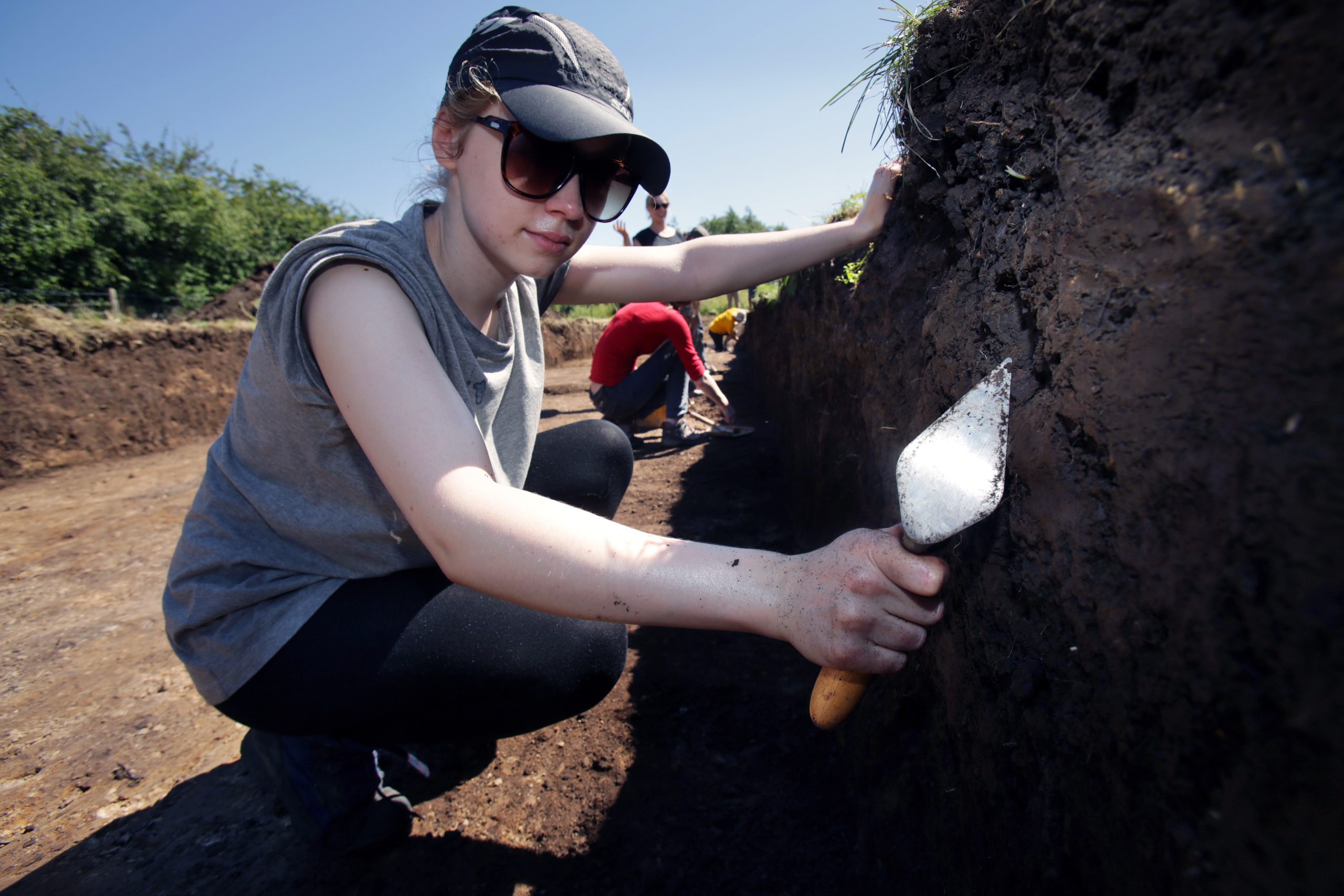 The sites targeted so far are:-

St David’s Cathedral was clearly the focus of substantial ecclesiastical activity in the 1st millennium AD as an episcopal centre, the possibility of the survival of earlier medieval features had been raised and geophysics was completed on Chanters Orchard in August 2020 to the south-west of the cathedral. The results reveal a lot of activity with intriguing features potentially relating to  earlier enclosures, a potential boundary wall and features associated with the nawdd  (zone of sanctuary).

Mathry Church – a large early medieval circular enclosure around possibly a 5th or 6th century precursor to the ecclesiastical site at St David’s.

Capel yr Hen Fynwent – the name means ‘the chapel of the old cemetery’ which implies an earlier medieval or early medieval phase of activity at the site.

Rosina Vallis/Hodnant – a possible  predecessor of the later ecclesiastical site at St David’s defined by an enclosure with fragments of medieval floor tile.

Ferns Abbey – Founded at the turn of the 7thtcentury by St Aidan, also known as St Máedhóg (who died in 624). He was reputed to have been a pupil of St David of Wales. There are three plain granite crosses and a cross slab that testify to the earlier origins of Ferns. Diarmait MacMurrough King of Leinster reputedly died at Ferns in 1171 and the broken fragment of a decorated high cross in the graveyard is said to mark his grave. Ferns was later known as St Mary’s Abbey and that field contains the probable early monastery and monastic enclosure that have been already been targeted for excavation by the Irish Archaeological Field School and geophysics will help with the excavation targeting.

Toombe church – probably an early monastery with an oval ecclesiastical enclosure consisting of an inner and an outer enclosure.

Ballyorley Upper – an early ecclesiastical enclosure  with a tradition of being an early church site.

Kilmyshall – site of an early  church, graveyard and holy well in an oval enclosure.

Project Outputs:
Geophysical Report
Project Page on the DigVentures Website
Blogs
Tweets
Participation in Geophysical Events
Workshops on how to do Geophysics