YNYS: “…and as the relics, stones, bones and stories from both places washed out to sea, a new island was formed right in the middle. A shared place for culture, history, dreams, poetry and song from all time to live alongside each other. And from this place, a radio station was formed and began to transmit…”

“For this project I am creating a radio station that ‘transmits’ from YNYS, a fictional island located between Pembrokeshire and Wexford. YNYS takes its initial response from the erosion on Whitesands Bay, which exposed the buried chapel of St Patrick. The project considers the potential, through coastal erosion, for all of this history to be washed away – that somehow these coastal places are living right at the precipice, or at the very edge of history.” – Fern Thomas 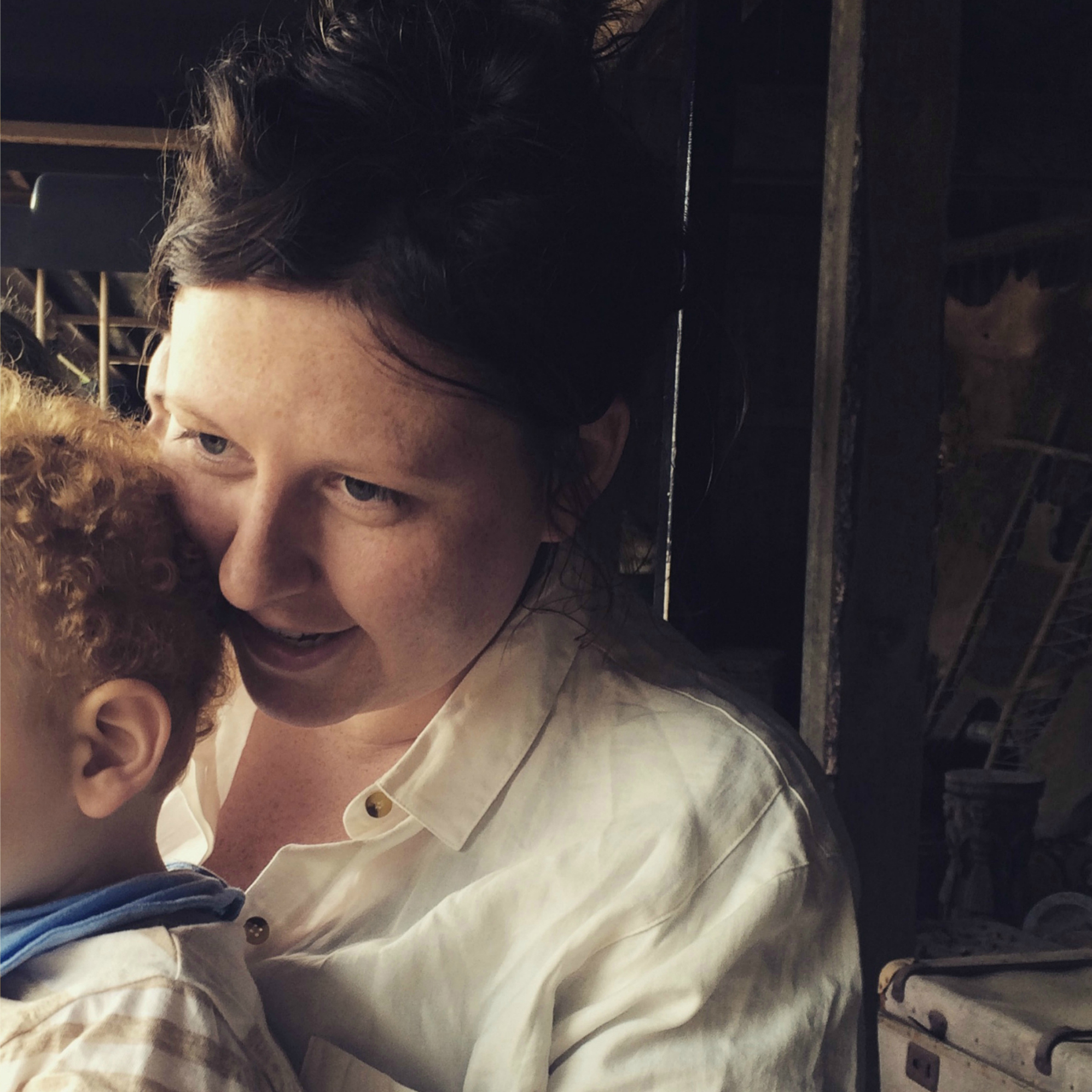 A Place of the Past and Future

“Taking this as a broader image I am imagining Pembrokeshire’s history washing into the sea while simultaneously Wexford’s history does the same, and from here they move towards one another and meet somewhere in the middle to form a fictional island. An island where St David can sit alongside the three young men from Wexford in their borrowed canoe; where the fire of Boia’s hill fort or the mermaids off Porth y Rhaw are as present as the eroding sand at Whitesands bay. A place where the past and the future are simultaneously considered.

This audio work will exist as several episodes which will follow the development of the Ancient Connections project where I will weave together excerpts of interviews with community members and participants in the Ancient Connections project alongside folklore, historical research, myths, field recordings from the sites, and sounds from archives as well as the present day to create an audio telling from this timeless land.”

“Embedded in the broadcasts I will offer poetic responses inspired by the questions being asked within the project as it develops, following the mysteries, the stories and the revelations as the Ancient Connection project unfolds.

The radio station’s content will be shaped by communities of Pembrokeshire and also of Wexford through public engagement events and one to one conversations.” – Fern Thomas 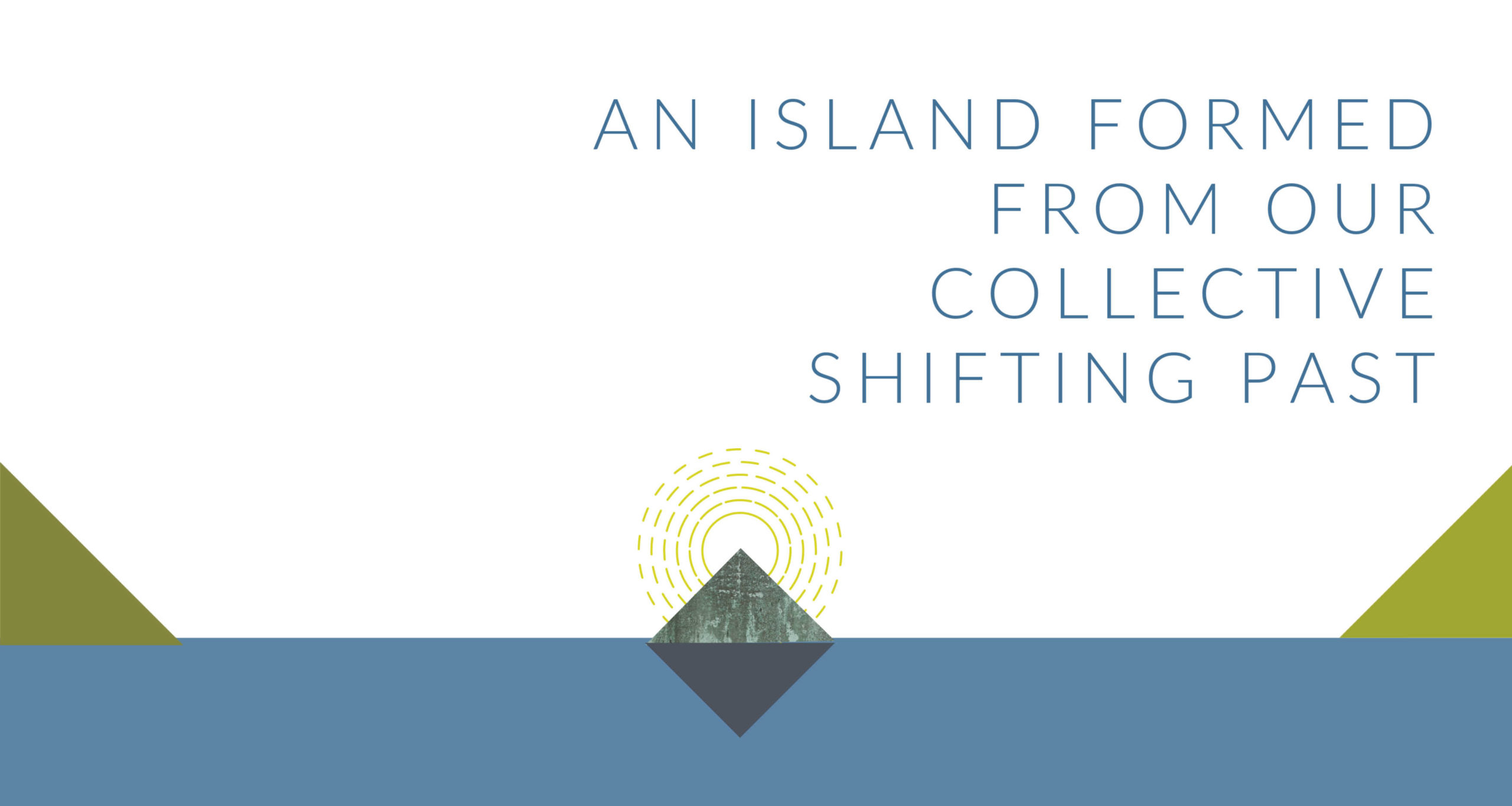 Project Outputs:
Podcasts, a ceremonial event and an exhibition

Artist Bedwyr Williams was commissioned to create a permanent public artwork for St Davids and Ferns as a legacy to the Ancient Connections programme.

Inspired by the story of St Aidan, St David and the bees, Williams has created a series of giant beehives, three in St Davids Cathedral grounds and three in Ferns. These evocative structures are modelled loosely on the kind of traditional straw skep hives that St Aidan might have used in the care of St David’s bees.

Though much larger in scale and simpler in form, these skep sculptures house real bee colonies in conventional beehives, creating a living, working sculpture for both sites. Beekeepers in both communities have been active in the design of the skeps and are taking care of the bee colonies. In time, both Ferns and St Davids will produce their own honey, which will be harvested and jarred for sale at both sites and shared across the Irish Sea between the neighbouring communities.

The story goes that, on leaving St David, Aidan was followed by David’s bees three times to the ship as he attempted to return to Ireland. Each time St Aidan dutifully returned the bees to the monastery but on the third occasion Saint David, seeing St Aidan’s kindness, agreed for the bees to accompany him to Ireland. Williams feels that this story, whether truth or myth, is a nice motif for the connection between both sites.

By evoking or invoking this ‘story’ with a sculpture, which also has a practical use it’s possible to make these ancient connections feel tangible and relatable. 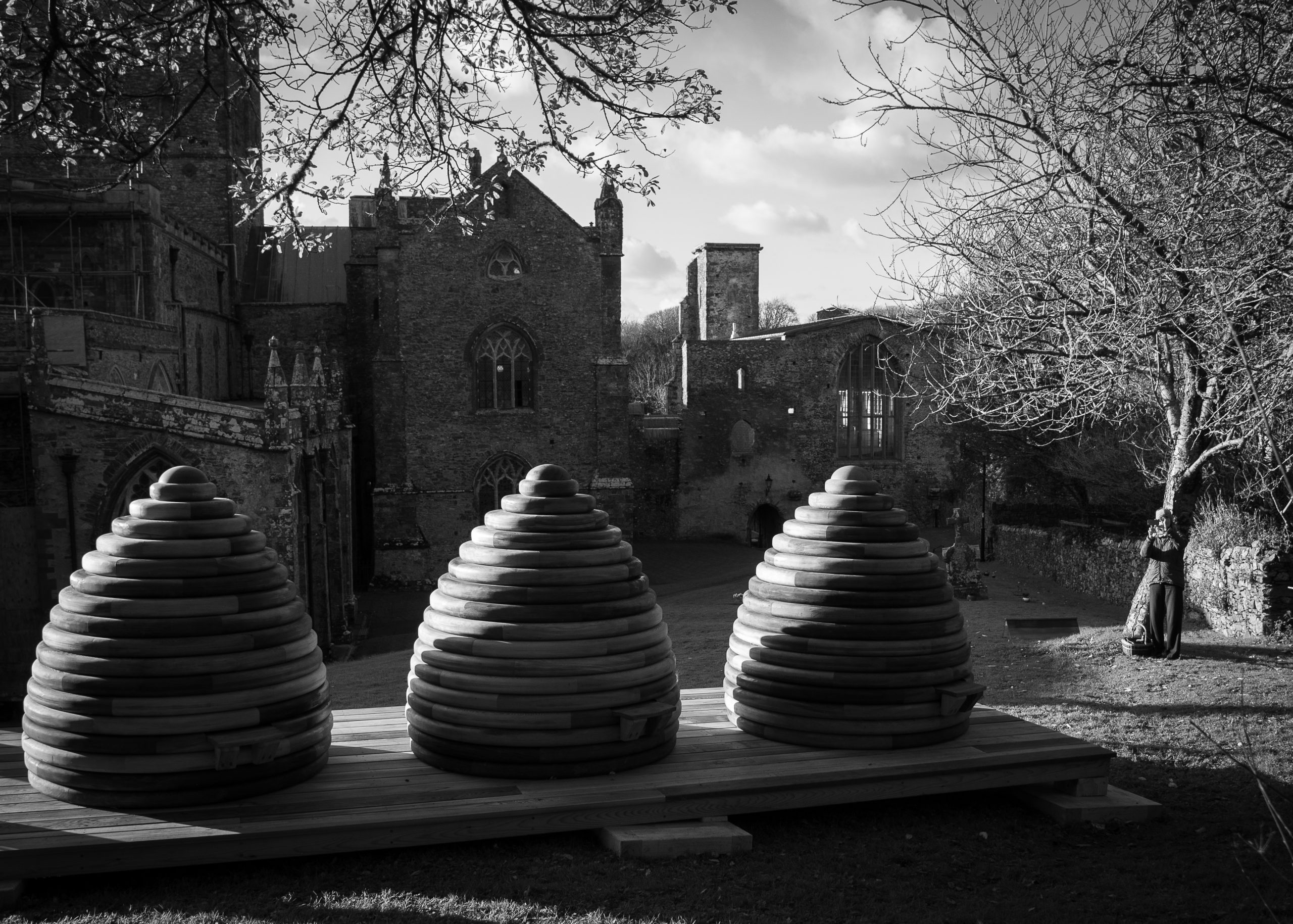 Bedwyr Williams is originally from St Asaph and is now based in Caernafon. He is widely recognised as one of Wales’ most significant contemporary artists and represented Wales in the Venice Biennale in 2013 with his installation ‘The Starry Messenger’. He works across a range of mediums in both gallery and public art settings, often employing wry humour and surrealism to explore culture through a different lens. For this project, he has worked closely with the  Contemporary Art Society, a consultancy specialising in support and delivery of public art projects. Bedwyr says: ‘As an artist I like turning to stories and myths for my inspiration and what I really enjoy is working with these tales in a playful relatable way’

“I’m interested in objects that invite communities to become active participants to make the artwork whole. I want people to become fully engaged in the artwork, doing the little things to bring the artwork to life, forgetting themselves and their daily concerns for a few hours. St David’s last words were “Gwnewch y pethau bychain” or “Do the little things.” This ethos has guided the development of my proposal which is founded on the story of St David and St Aidan and steeped in the magic and history of these two intertwined locations”.

Lost Words is the first stage of an arts and nature trail to be established in St Davids, led by St David’s Connection, a new community organisation set up by Becky Lloyd and Amanda Stone.  The trail is inspired by The Lost Words, a successful book and touring exhibition by award winning local artist and writer Jackie Morris and author Robert McFarlane. Jackie lives and works in St Davids and takes her inspiration from the natural beauty of the St David’s Peninsula.

“We are delighted to have received this support to get this project off the ground. We will be running workshops and activities to engage local schools and community groups to co-design and develop The Lost Words trail, celebrating the connection to the natural world in this area and its role in our wellbeing”. 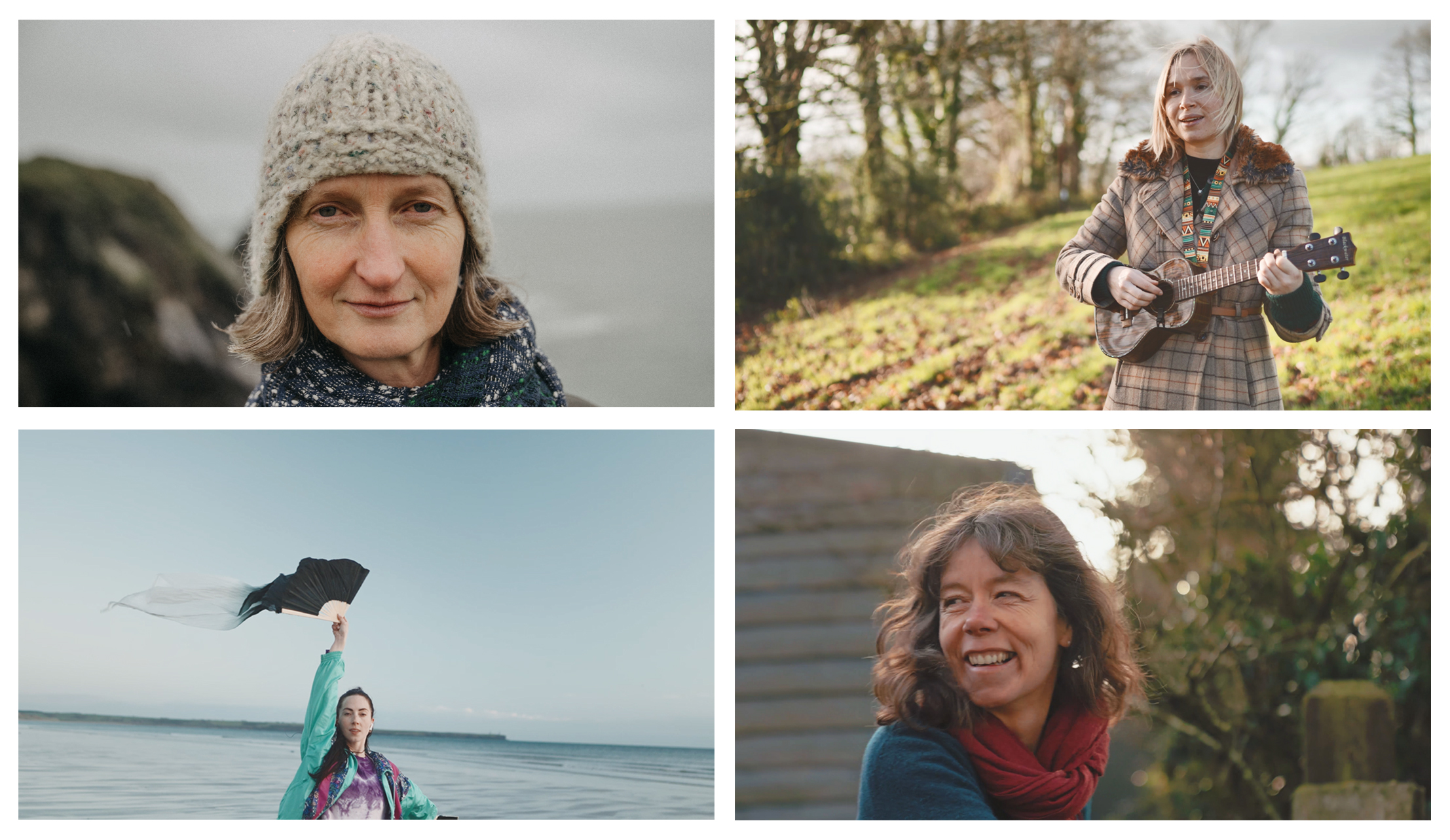 Smugglers & Summer Snowflakes will be a bespoke new collection of short stories, responding to the Ancient Connections themes of journeying, sacred places, Celtic diaspora and longing for home. Inspired by the Story Searches from 2019, and using my own tailored process of Creative Exchanges with local communities, I will create this new collection, setting two stories in Wexford and two in Pembrokeshire.

A Summer Snowflake is a beautiful, rare, poisonous flower native to Wexford; it symbolises the elements every great short story should contain. Smugglers speaks for itself suggesting where I will glean inspiration for this new collection from – drawing on dramatic tales of piracy and bootlegging along the Welsh and Irish coastlines.

The stories will be distributed digitally and shared online as a podcast series for the global Celtic diaspora, as well as being published in book form. In addition, they will be broadcast on local radio in Wales and Wexford. 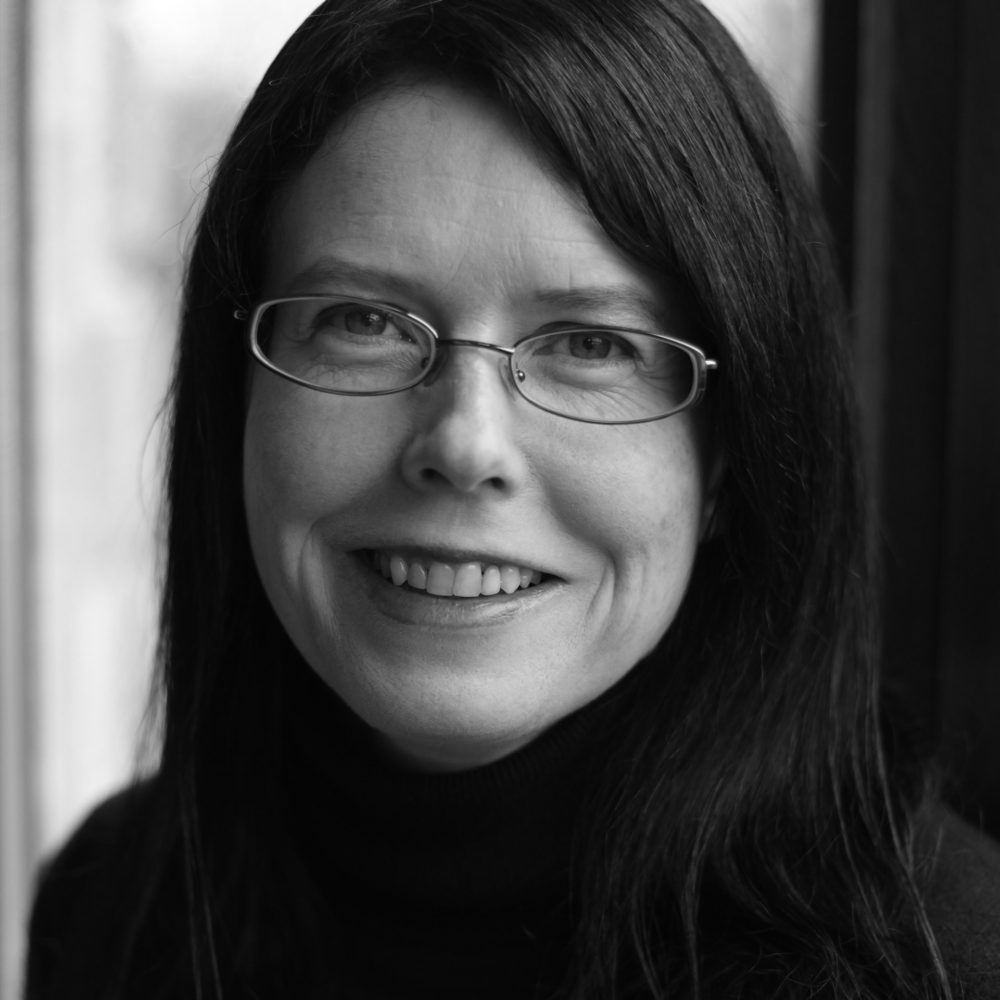 “I am a rural-based writer, living in north county Wexford. For Ancient Connections, I will make new work that draws inspiration from our shared past on both sides of the Irish Sea, in order to illuminate our present. This commission is a superb opportunity to explore the interconnectedness of these two regions, creating haunting stories, which will linger on in the minds of all who listen to or read them, no matter where in the world they live.”

“As part of the research process, I will facilitate several Creative Exchanges with local community groups in both Wales and Wexford. I see these interactions as a two-way exchange of oral history and local research. I will facilitate a creative writing workshop for a number of groups and in exchange, participants will offer me their perspectives and opinions on the four Ancient Connections themes.” – Sylvia Cullen