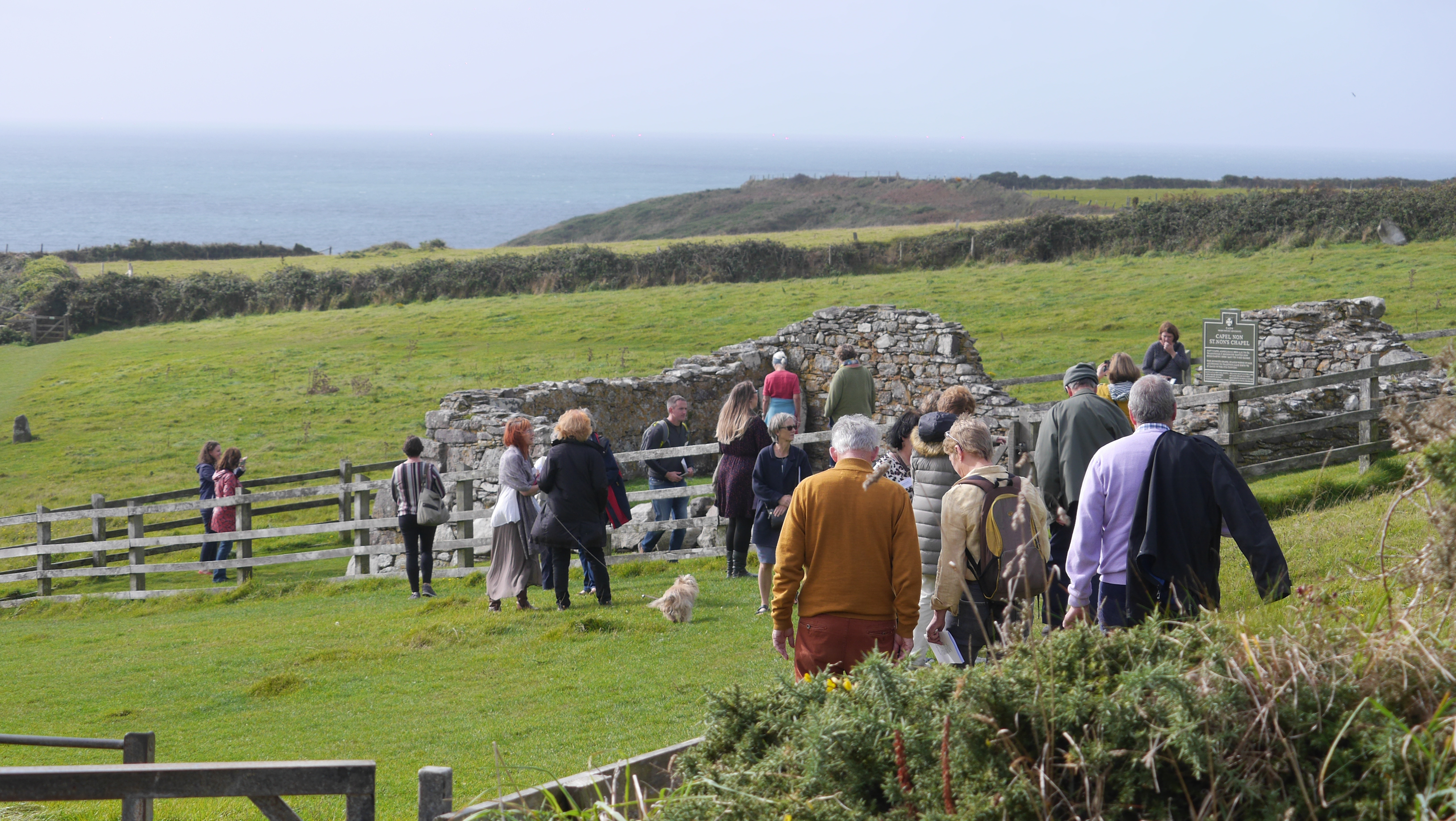 2023 will commemorate 900 years since Pope Callixtus II declared two pilgrimages to St Davids equal to one to Rome. This date and the Ancient Connections project are a launch pad from which to start building a pilgrimage route on both sides of the Irish Sea. Could pilgrimage/transformational tourism be as successful in Wexford and Pembrokeshire as it has been in Northern Spain?

Ancient Connections is working with the British Pilgrimage Trust to create the new route. In May 2022, the trailblazing Creative Camino pilgrimage took place, an experimental journey led by guides from Journeying based in Pembrokeshire and Wexford Trails. Traveling with them were a group of artists and community pilgrims, who responded creatively to the experience.

The route has now been mapped and will be open to the public in 2023 for guided and self-guided tours. Currently, there are opportunities to trial the route on day trips led by experienced guides. Visit the website for more information on the route and how you can get involved 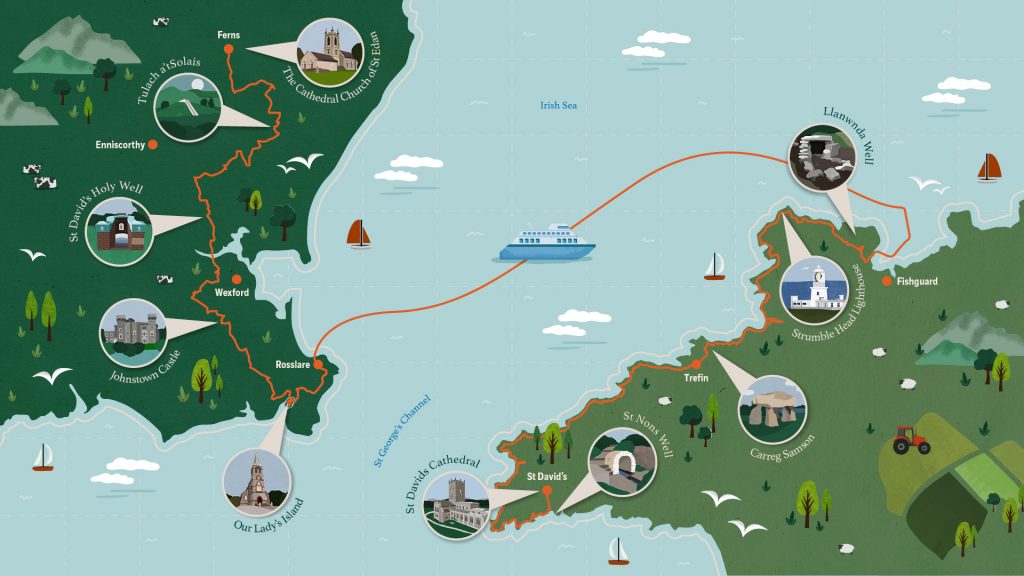