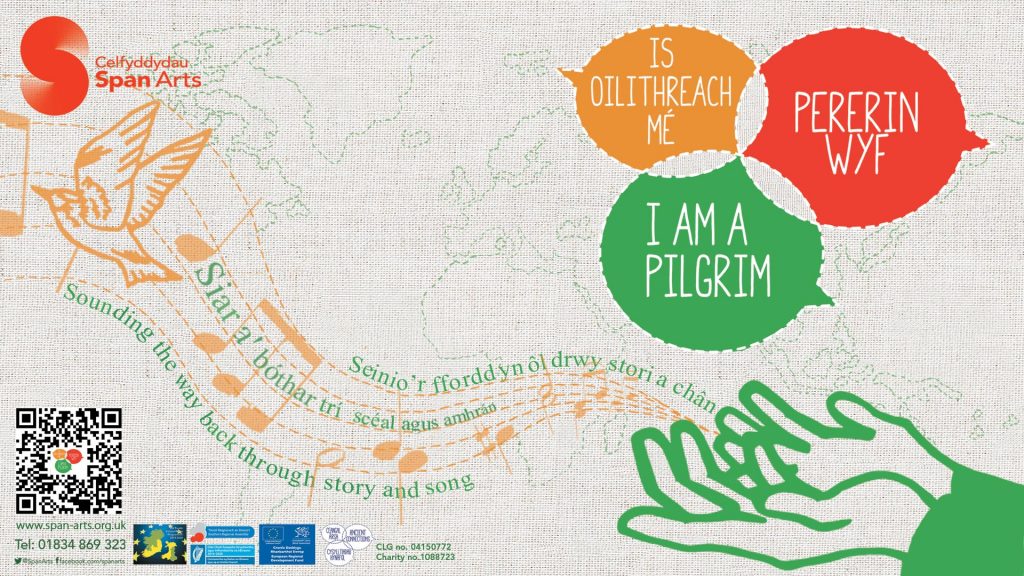 Pererin Wyf / Is oilithreach mé / I am a Pilgrim: Sounding the way back through story and song

is a new cross border participatory arts project connecting the Welsh and Irish diasporas of North Pembrokeshire and North Wexford launching this Autumn.

Pererin Wyf is Welsh for the affirmative statement, ‘I am a pilgrim’ and is the title of an 18th century hymn written by prolific hymn writer, William Williams Pantycelyn from which this project takes its inspiration.  The hymn later became associated with the tune Amazing Grace and was popularised in the 1960s with a recording by Iris Williams.

The Pererin Wyf  project will invite singers from all over the world to record a version of this song in any language from the location of their choice.  Recordings will be pinned to a digital map to form a global chorus of this enduring song.  Project participants will also have the chance to offer their personal reflections and connections to North Pembrokeshire and Wexford whether current resident, the home place of their forebears, or place of significance for other reasons.

The project Pererin Wyf will begin in September 2022 with a series of free bi-weekly online workshops with world class speakers focusing on the key themes of the project; connecting with the Welsh and Irish diaspora, language, home, travel and song.  Speakers will include David Greenslade whose book Welsh Fever is a gazeteer of Welsh activity and connection in North America, Pamela Petro author of The Long Field, a meditation on hiraeth shortlisted for the 2022 Welsh Book of the year, Professor Helen Phelan Director of the Irish World Academy of Music and Dance and Rachel Uí Fhaoláin and John Ó Faoláin, traditional song, folklore and story collectors based in Wexford.

A series of hybrid workshops will follow culminating in an exchange trip between host county participants in the Spring of 2023.  The workshops will result in a new version of the song featuring the Irish language and reflecting contemporary understandings of pilgrimage, home and return.

If you have a personal connection with North Pembrokeshire or Wexford and would like to take part in this project we would love to hear from you.  Please email rowan@span-arts.org.uk to find out more about how you could get involved or book a place on the introductory session on the 29th September through www.span-arts.org.uk

Click here for further info and to register FREE
PrevPrevious ProjectPublic Art Launch – Do the Little Things – everyone welcome!

Village Voices, an established community drama and music team based in Llangwm, will be leading this ambitious cross-border project to create a new community Rock Opera called ‘The Little Things’ based on the lives of St Aidan and St David. They will be collaborating with Ferns Choir in Wexford, who will form the core chorus group in Wexford, and draw in other singers from the Enniscorthy and Gorey areas. Librettist Peter George has been devising the storyline, which is set in the future, where environmental decline inspires people to look to these early ascetic saints for inspiration. St David’s simple lifestyle, respect for the natural world and his axiom ‘Do ye the Little Things’ provides a new vision for the future.

Sam Howley is the musical director for the project, and the team are working to engage mirror partners over in Wexford. Main characters and chorus groups will be drawn from both regions to create a truly cross-border community extravaganza to be performed in St Davids and Wexford in 2022-23. 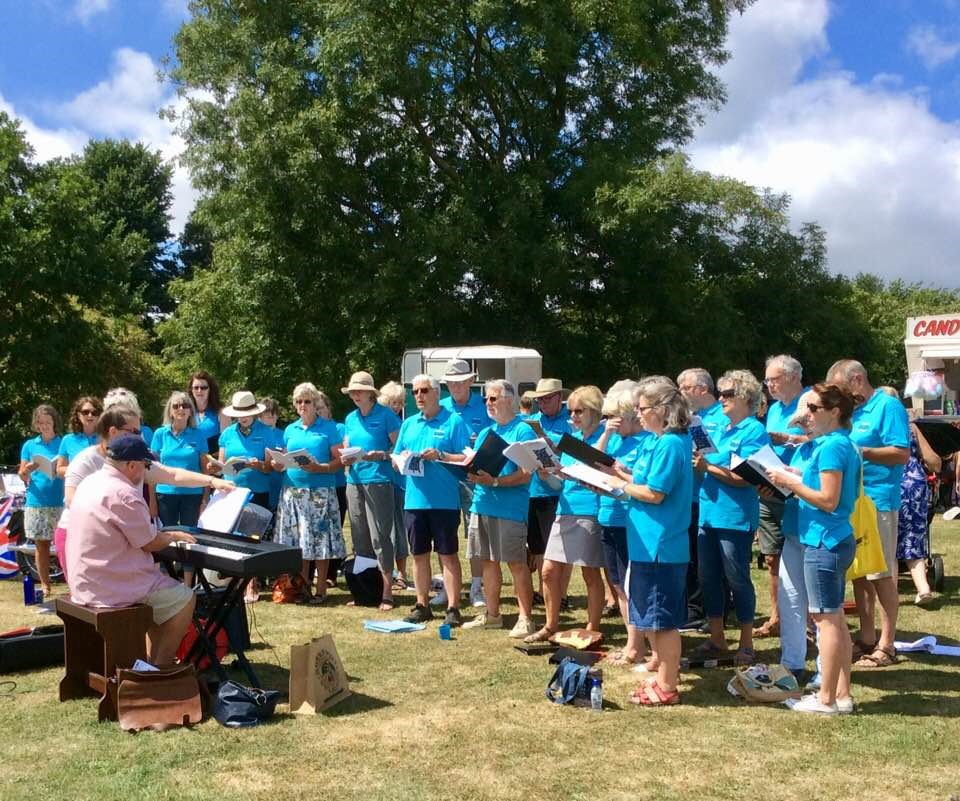 “This project will draw together people from the communities of North Wexford and North Pembrokeshire and provides an innovative and educational focus for the future as well as opportunities for developing friendships and meaningful collaborative links through the medium of music.” – Liz Rawlings, Village Voices

The project will begin in early 2021 with online rehearsals led by Sam Howley, who will be teaching the groups two of the chorus numbers as well as working with lead part singers to develop solo songs.